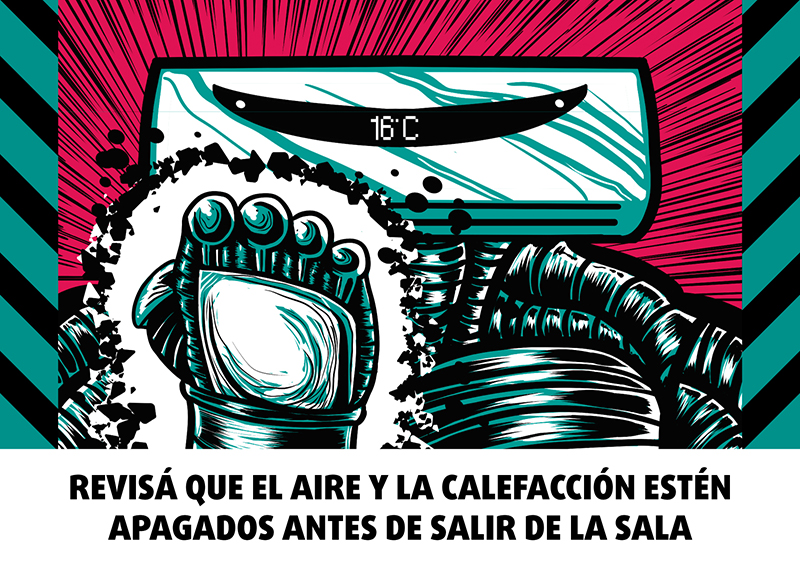 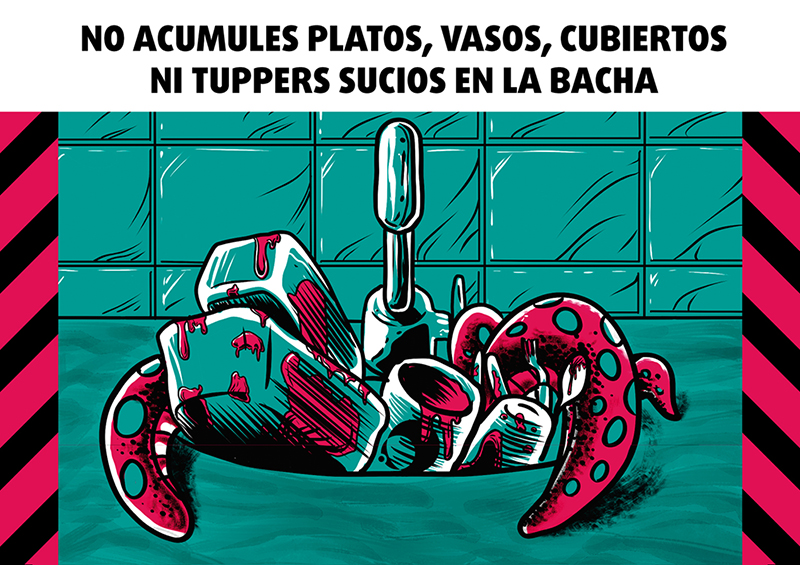 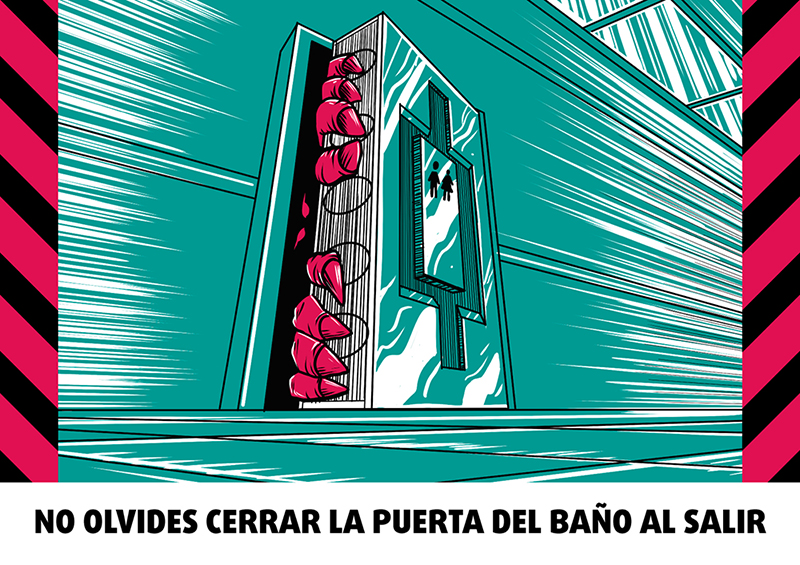 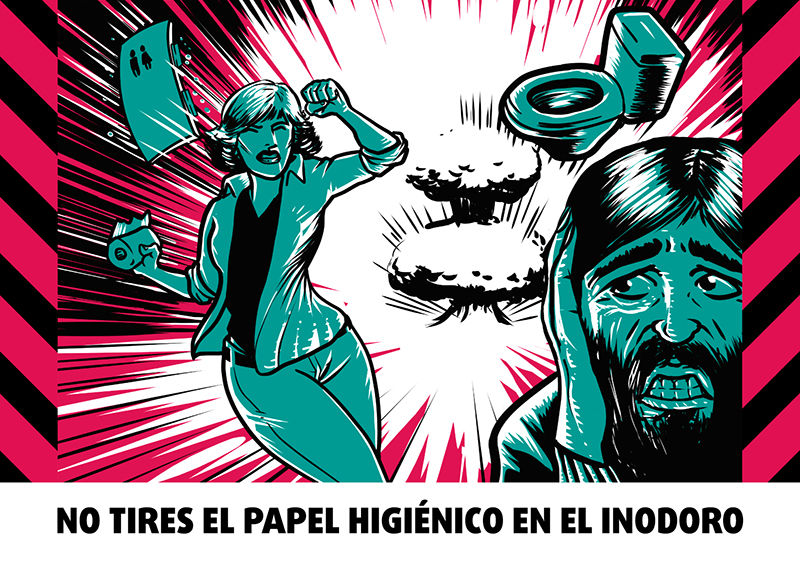 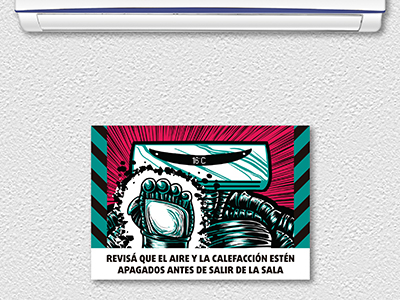 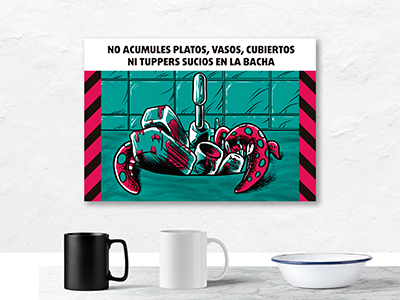 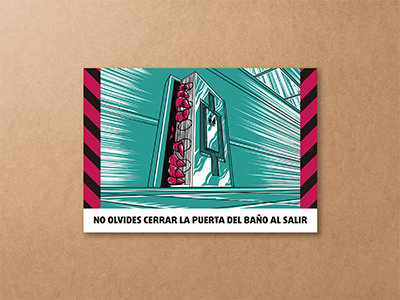 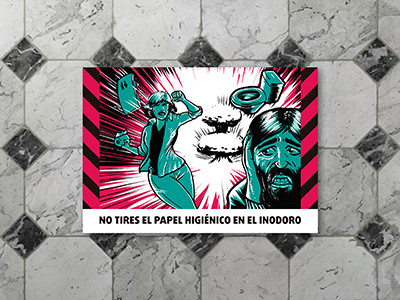 
The people at Amplifica, a young creative PR and social media firm from Buenos Aires, asked me to design an internal communication signage system for them because the previous signs weren't being effective. Employees and staff were misusing the common spaces in their HQ such as the kitchen or bathroom, which affected the quality of the working space, leading to a feeling of unhappiness for those working there.

The main problem when designing such signage systems is that the directives expressed on them need not only to be seen, but also obeyed. The solution is using a strong concept behind an attractive design.

One has to ponder why someone aware of a normative decides to disregard it. The answer may not be because of malice or a rebellious attitude, but because of a different order of priorities. "What's the worst that could happen?" the recipient may ask themselves, rhetorically. Well, there lies our concept.

This signage system was designed to give an answer to that question. An exaggerated and humorous one, but an answer nonetheless. "What's the worst that could happen? Well, the end of the world!", a result that can be avoided by respecting the designated norms. By hyperbole, we are communicating that these directives do not exist because of an empty business policy, but for the common good of those who coexist in that space.